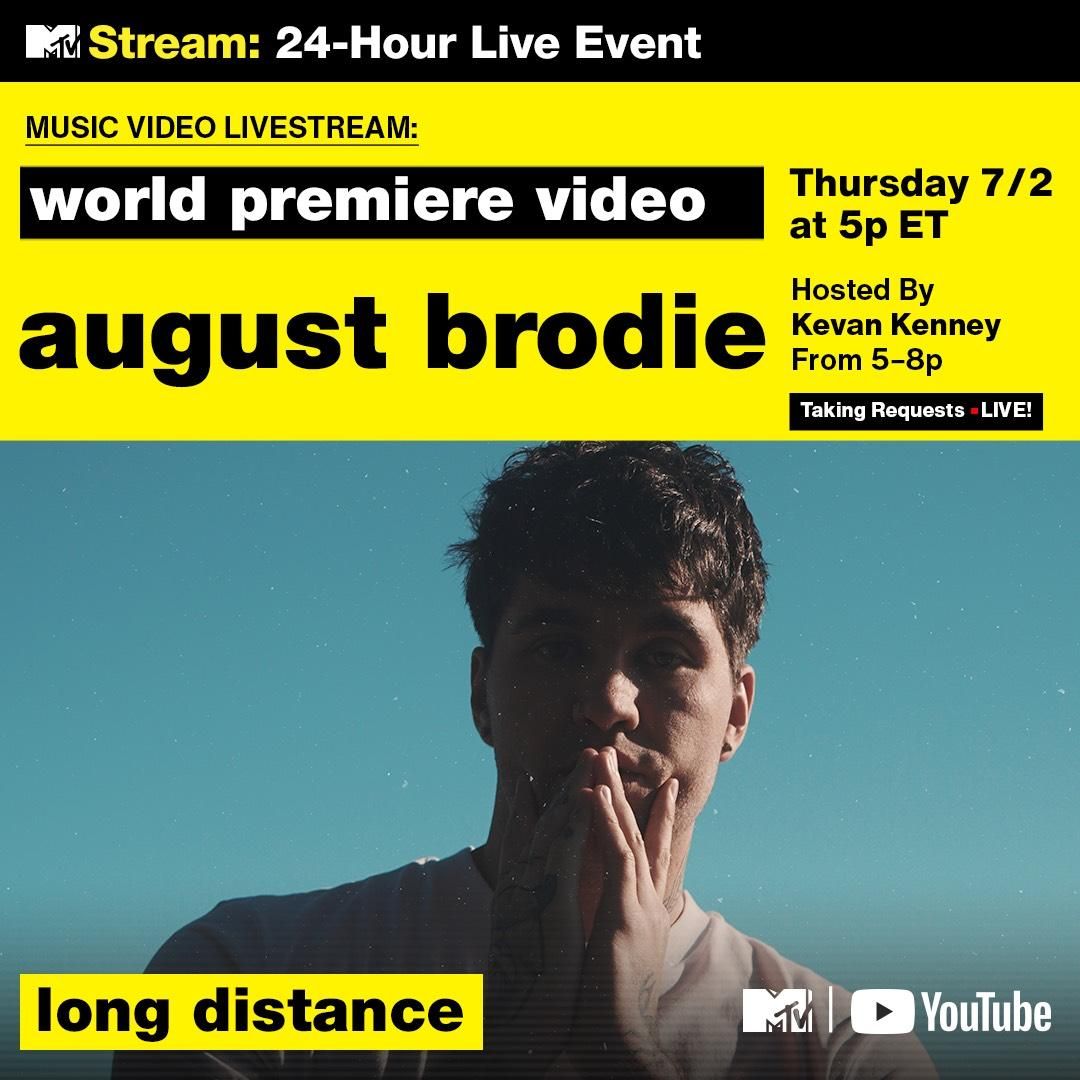 July 2, 2020 - Ontario, CA - Ontario based genre-bending artist August Brodie is excited to announce that his music video for recent single "Long Distance" will be premiering tonight on MTV Request Show Live Stream between 5 - 8p ET. The release of "Long Distance" saw an enormous amount of support from Spotify Editorial playlists such as, Fresh Finds, New Music Friday Canada, Fresh Finds: Pop, The Scene and New Punk Tracks. Following the success of the release, the song caught the eye of MTV/TRL Host Kevan Kenney.Fans can check out the video premiering with MTV at youtube.com/mtv

On the new video August Brodie shares,"'Long Distance' is one of my recent singles and was inspired by current times (COVID). The song was completely written and recorded in quarantine and we mixed, mastered and shot the video while social distancing. The video itself features some amazing nature features of Northern Ontario Canada where I've grown up!"

August Brodie is a Canadian solo artist with a modern sound that blends pop-punk, hip-hop, and alt-rock styles to create unique emotion-filled anthems. Touching on themes about relationships, love and loss, and coming of age, August Brodie's lyrical content and melodic approach creates a nostalgic yet refreshing soundscape for the listener.

Originally starting out as a hip-hop artist, August developed a talent for wordplay and flow that helped him quickly gain traction in the music scene. August has since transcended his sound to embrace inspirations of 2000's emo and pop-punk styles, while still keeping his hip-hop influenced edge and lyricism.

After recently reaching over one million streams on Spotify, August Brodie is quickly gaining momentum as well as a passionate fan base. With several new singles on tap and a debut project in the works the future is bright for this young artist.