TheWeeknd Releases A Curated Album ''The Highlights'' To Celebrate SuperBowl Weekend! Pre-Released Video! Check It Out!!!

ANNOUNCES HIS RETURN TO THE GLOBAL STAGE WITH AFTER HOURS WORLD TOUR, TICKETS ON SALE FEBRUARY 8th

WATCH “THE LAST MEAL BEFORE THE SUPER BOWL” NOW 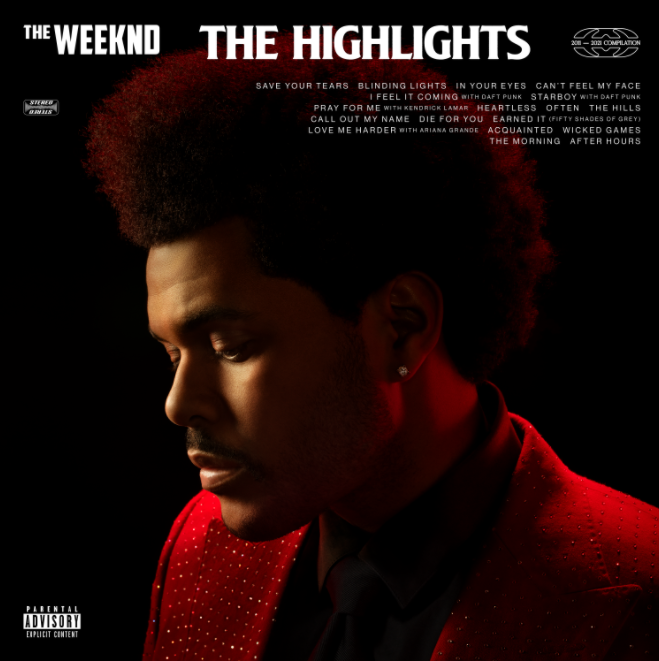 06 FEBRUARY 2021 (TORONTO, ON) - The Weeknd and XO/Republic Records/Universal Music Canada, the country's leading music company, have released a special project curated specifically for his upcoming Pepsi Super Bowl LV Halftime Show appearance. Given the vast mainstream audience of the Super Bowl, The Highlights album is a way to present some of The Weeknd’s most notable works in one place.  While this isn’t a “Greatest Hits” album it does provide a new listener a rich foray into some of the iconic artist’s best and favorite work.

Listen to The Highlights HERE

In addition, The Weeknd recently announced the After Hours World Tour. The 104-date global tour will kick off on January 14th, 2022 in Vancouver at Pepsi Live at Rogers Arena with stops in Chicago, Dallas, Los Angeles, Miami, Paris, London and more, before wrapping November 18th in Glasgow at SSE Hydro. The announcement comes just days ahead of the multi-platinum singer’s headlining Super Bowl performance, and also includes a handful of rescheduled dates shifting from 2021 to be a part of the After Hours World Tour in 2022. Tickets go on sale beginning Monday, February 8th at 10AM local time at Ticketmaster.com. Full routing can be found HERE.

As another gift to the fans, The Weeknd dropped a video entitled “The Last Meal Before the Super Bowl.” In the video, The Weeknd can be seen enjoying a final feast on the field. Check it out HERE.

The Weeknd - The Last Meal Before The Super Bowl

Lastly, to honor the first day of Black History month, The Weeknd announced a collaboration with Postmates and their Black-Owned national merchant collection. Postmates users will see the collection of local options at the top of their feed when using the Postmates app. To kick the collaboration off, The Weeknd chose a local Tampa black-owned restaurant, Mama's Southern Soul Food to feed the frontline healthcare workers at AdventHealth Carrollwood (nearby the Stadium where the Superbowl will take place) who received 150 meals delivered by Postmates, to recognize and reward their tireless efforts to save lives and keep their community safe.

The Weeknd - Save Your Tears (Official Music Video)