The Legend Juice WRLD Strives to Be Better on Posthumous Marshmello Collaboration ‘Come and Go’, a Track That Appears on the Late Rapper’s Upcoming Album, Legends Never Die! 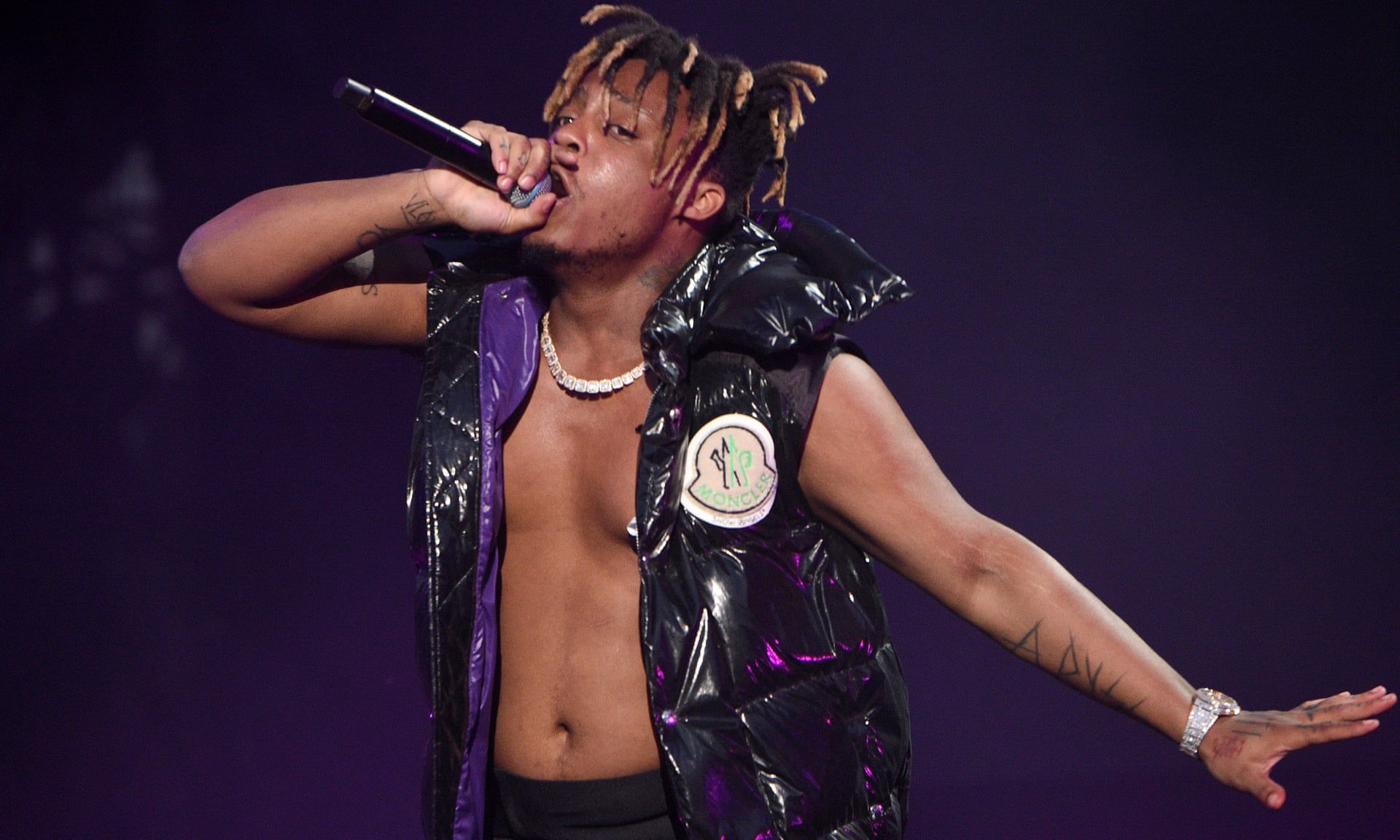 “Legends Never Die” Debuts #1 on the Billboard chart this week with the #4 biggest streaming debut of ALL TIME!

New videos out now for “Come & Go” and “Wishing Well” , see below

Merch collabs with Faze Clan and VLONE available at https://legendsneverdie999.shop/

Incredible playlisting and digital support for the new album:

At 21, Juice WRLD had begun to master the world around him. He could wed the sounds of influences like Billy Idol and Chief Keef and create something entirely different. As a songwriter, he could pair an airy melody with lyrics about heartbreak or drugs, and given the chance, fire off marathon freestyle sessions on a whim. A wunderkind with many imitators on SoundCloud, he sounded far more polished, far beyond whatever his closest peer was attempting to accomplish. When he died in December 2019, days removed from celebrating his 21st birthday, it opened up yet another wound for a generation of rap fans struggling to hold on to the new voices that spoke for them.

A video for Juice WRLD’s Marshmello collaboration ‘Come And Go’, in which he turns into a cartoon hero, has been released.

The track features on the late rapper’s posthumous album ‘Legends Never Die’, which was released on (July 10).

The Steve Cannon-directed clip begins with old footage of the rapper and his girlfriend Ally Lotti before the couple morph into animated characters. In their new cartoon world, the pair face off against various monsters and villains. Watch it below now.

Marshmello paid tribute to his collaborator on Thursday (July 9), calling him “one of the most talented people I have ever met”. “We were both constantly on the same page when it came to music and the times we spent together were some of the most exciting times I’ve ever had in my entire life,” he said.

Juice WRLD brought people from outside the margins into his crystalized world of vulnerability in a dash towards mental freedom. His most fervently repeated lines doubled as yearbook quotes or quickly deleted tweets. His closest supporters, such as producer and longtime collaborator Nick Mira, have kept his legacy close to them, maybe more so than any other group of fans who recently lost their champion. Juice asked those fans to trust him—and the people who supported him—as if they were family. Legends Never Die, the Chicago artist’s first posthumous release, doesn’t feel like a final goodbye from Juice but instead a continued look inside his world.

Across three major releases—Goodbye & Good Riddance, WRLD on Drugs, and Death Race for Love—Juice proudly kept himself at a distance while pining for love, bringing fans closer to his truth while still keeping his guard up. The bulk of Legends Never Die sifts through his thoughts as he battled anxiety in the face of stardom. He understood the game he played and how it kept him centered: “If it wasn’t for the pills, I wouldn’t be here,” he sings on “Wishing Well.” It’s a bleak and beautiful world he’s created, one where the most poignant moments are buried in candor and honesty.

The track finds Juice WRLD striving to be a better man over an atmospheric guitar loop that’s soon pushed toward the edge by thumping drums. But when the drop arrives, it’s a big, ragged guitar riff boosted by handclaps as Juice WRLD sings, “I don’t wanna ruin this one/This type of love don’t always come and go.”

On Instagram, Marshmello shared a short statement about the song, calling Juice WRLD “one of the most talented people I have ever met.” He continued: “We were both constantly on the same page when it came to music and the times we spent together were some of the most exciting times I’ve ever had in my entire life. Watching you take breaks to do wheelies on your dirt bike and then come back and finish a whole song in one take was normal and to be able to be on this album with you and show the world what we made together means so much to me. You were a great person and I miss you every day, man. You will live forever through your music.”

The rapper died in December 2019 from an accidental drug overdose. ‘Legends Never Die’ is his first posthumous album and follows his previous two records, 2018’s ‘Goodbye & Good Riddance’ and 2019’s ‘Death Race For Love’.  His legancy of music and lyrics will live on forever.