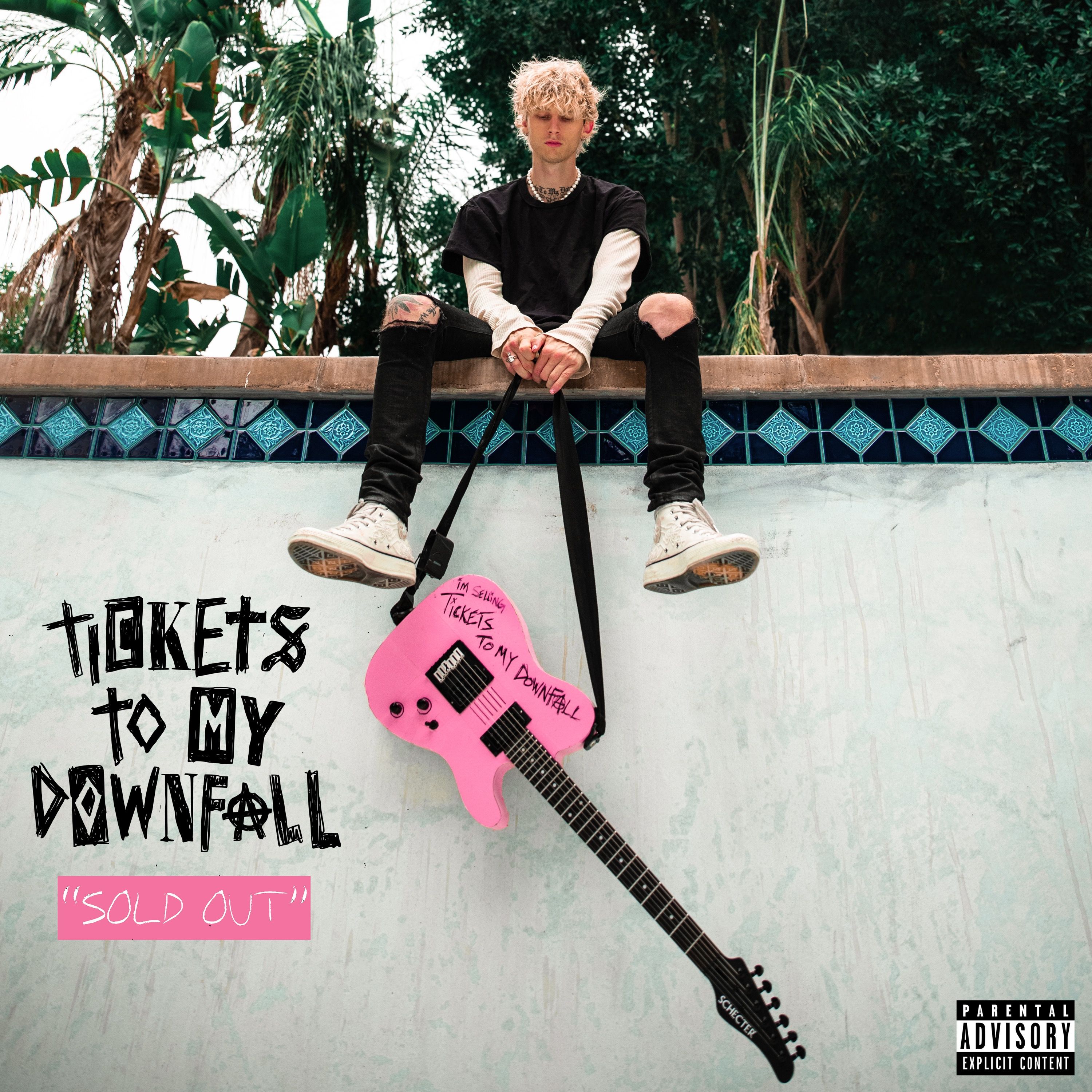 25 SEPTEMBER 2020 (TORONTO, ON) - Following an impressive two-song performance at last month’s MTV Video Music Awards where he took home Best Alternative Video for "bloody valentine," and newly nominated for a Billboard Music Award, Cleveland powerhouse, Machine Gun Kelly, aims to keep his winning streak intact with the release of his fifth studio album Tickets to My Downfall. Executive produced by rock luminary Travis Barker, MGK recruits a bevy of stars such as Halsey, Trippie Redd, blackbear, and more to fulfill his latest journey. A deluxe addition of the album sold exclusively at Target will include four bonus tracks "misery business," "roll the windows up," "in these walls (my house)," featuring PVRS, and "love on the brain."

Listen to Tickets To My Downfall HERE

Tickets To My Downfall (SOLD OUT Deluxe) [Explicit]Machine Gun Kelly

MGK’s forthcoming effort is already churning out Billboard hits, including "bloody valentine" and "my ex's best friend," which currently sit in the Top 10 on the Hot Rock & Alternative charts. In August, the latter helped MGK achieve his first No. 1 on the Rock Streaming Songs chart. On Monday, "I Think I'm Okay" off last year’s Hotel Diablo earned a nomination for a Billboard Music Award for Top Rock Song. Earlier this week, the artist appeared on Howard Stern and will be on The Kelly Clarkson Show this Thursday and Friday performing two songs.

Machine Gun Kelly will perform his first US concert of 2020 on Thursday, October 1, playing Tickets to My Downfall in its entirety from the legendary Roxy stage with special guest Travis Barker. On Thursday, October 8 he will perform Hotel Diablo.  Both shows will livestream for fans who pre-purchase tickets with shows beginning at 9:00pm est/6:00pm pst. A once in a lifetime experience, the shows will not be available to stream after the event. Aiming to bring live events back to 2020, NoCap and Machine Gun Kelly are excited to partner to bring these concerts to fans. Backed by his full band, the event is putting musicians back on stage and concert venues back in business.

Tickets will be available starting at 12am est on Friday, September 25th at MGK.NOCAPSHOWS.COM. Fans will also have the option to add exclusive MGK x Roxy Event Merchandise to their purchase package.

Tickets to My Downfall - Tracklist: